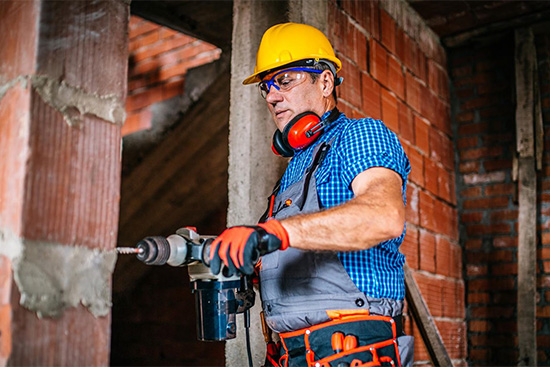 The B2B loyalty landscape has undergone significant change in the past five years, especially among small business customers. Nowhere has this change been more pronounced than the building and contractor industries where hundreds of thousands of small business operators spend millions of dollars to buy materials, supplies, equipment, and services needed to do their jobs. Who they buy from and how they buy is complex. Historical patterns once dominated by visits to wholesalers and distributors, though still important, no longer command the bulk of purchases. Loyalty marketing and reward programs are shiftingas the landscape shifts. COVID-19 accelerated a shift that was already occurring.

If you don't evolve your B2B loyalty program, prepare for its demise

In 2007, Ideal Electrical, the New Zealand unit of Rexel, launched a B2B loyalty program called Ideal Rewards. Having partnered with Reward Paths parent company, Incentive Solutions Ltd. (ISL), the program had a strong start and was well received by customers in the electrical trades. It ticked all the important boxes – sales gains among the target audience and increased retention – and was viewed as an overwhelming success in the immediate years that followed.

But like so many programs, Ideal Rewards stayed largely the same for over 11 years. Same points. Same structure. Same rewards. At the same time - competitors were investing more and more into competing programs, taking the attention away from Ideal's loyalty efforts. Competing programs launched new initiatives with improved value propositions for the electricians and soon some of the target audience started to migrate. Something had to be done. Focusing on loyalty to re-engage customers and deliver sales growth

"Members" of any loyalty program have two distinct personalities

Veteran B2B loyalty marketers know that the redemption experience in any program is often governed by a strange two-headed phenomenon commonly referred to as The Gemini Effect.

As specialists in the B2B loyalty space we knew that "members" of any loyalty program had two distinct personalities. An individual signed up the business as a member of the program given the potential for reward and recognition based on the transactional and behavioral relationship the business maintained with the sponsor. But it was the individual who was the authorized member – an owner, general manager, accountant, etc. – and would therefore make decisions about the effectiveness of the program, the level of satisfaction obtained by belonging and ultimately what rewards would be redeemed. Discover the best practices in our guide to loyalty auctions.

The essential guide to customer loyalty for B2B marketers

The Essential Guide to B2B Loyalty is an e-book published instalments by our US company, Reward Paths. The book provides an essential overview of every aspect of building customer loyalty in the business-to-business (B2B) services space. Whether you're selling goods and services to small-to-medium (SMB) business owners, a wholesaler selling to contractors, or a professional selling your services to other professionals, the B2B Loyalty Guide provides you with the tools and best practices to build customer loyalty that lasts. INSIGHTS: THE CONSUMER INSIDE

Customer loyalty is arguably more important in business-to-business (B2B) industries than it is in consumer industries. That’s because, in B2B firms, the 80-20 rule is sometimes the 90-10 rule: the top 10 percent of your customers can account for 90 percent of your profits. The good news: by identifying the key purchasers and influencers in your client organizations and then building relationships with them that mimic relationships in the consumer world, you can increase the retention, yield, and lifetime value of your best customers. Here are the ten steps to finding the consumer inside your business client— and building loyalty that lasts.

A plumbing supply company experiencing flat sales wanted to explore a customer loyalty strategy designed to motivate plumbers in the mid-tier market to shift more share to their operation. Enter Reward Paths. After a thorough examination of the company’s business model and financials, we designed and launched a 6-month trial loyalty program constructed around specific, targeted goals for each individual plumbing company. Find out how Reward Paths helped the company generate a market share increase of approximately 10 percent. Avoiding the most common loyalty pitfalls

Structured properly, executed flawlessly, and well-aligned with your brand, a customer loyalty program can pay big dividends in retention, advocacy, and increased yield from your best customers. Loyalty programs work because their design is built on a foundational understanding of human psychology and our very human desire for recognition and reward. Research has shown, however, that half of all loyalty program launches fail within two years of launch. Very often, programs fail for the same reasons; so much so that it's possible to catalog the most common loyalty blunders to avoid when designing or relaunching your own loyalty program. Discover the ten most common loyalty pitfalls.